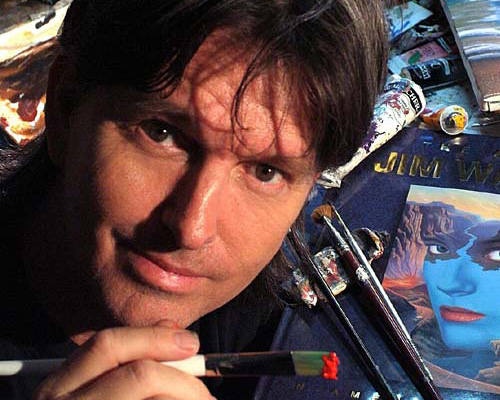 Jim Warren began painting and selling his art in high school over 40 years ago. Now considered a “Living Legend of the Art World”, Jim continues to create his unique style of art seen the world over.

His talents won him a first-place award at his first art show in 1975. Soon after Jim began painting illustrations for books, movies and record album covers, most notably the Grammy Award winning cover for Bob Seger’s “Against the Wind” in 1981.

Jim now focuses on his fine art paintings including his whimsical portraits of people and pets, as well as collaboration paintings with artists Wyland, Michael Godard and with Disney Studios creating a whole new style of art. (continue reading below)

Browse Jim Warren’s Artworks by clicking on the first image.
Please use our convenient contact form to inquire about his art.

For immediate assistance please call us at…

Jim Warren was born in 1949 in Long Beach, California to Don and Betty Warren. Jim grew up with an older brother Rick and older sister Kathy.

He began drawing at the age of two and continued drawing, on and off, through middle and high school.

While in high school Jim considered all the usual career choices – artist, magician and rock star but it wasn’t until 1967 that he decided to be an artist, a “Rich and Famous” one at that. 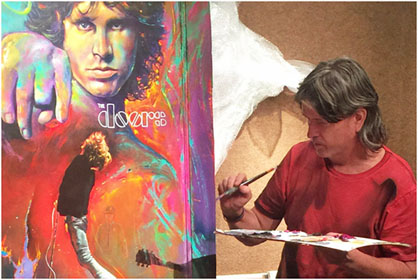 Using only traditional oil paint on stretched canvas, Jim started his early career through the 70s as a fine artist, winning first place awards at large outdoor art shows in California. Although inspired by master painters in museums by some of the great artists of all time such as Dali, Rockwell, Rembrandt etc, Jim is mostly self-taught and prides himself on his famous advise to aspiring artists, “To hell with the rules…paint what you like.”

During the 80’s Jim pursued his high school dream of painting album cover art and painted hundreds of magazine illustrations, movie posters, book covers and especially album covers for such stars as Alice Cooper, Prince and Bob Seger, the latter winning A Grammy Award for best album package for the cover of Seger’s “Against the Wind” album which reached #1 on the Billboard 200.

The 90′s ushered in a new focus, that of the environment and saving earth. Jim painted “Earth…Love it or Lose it” which received critical acclaim and was featured on numerous magazines, billboards and shirts. It also became a popular visual representation for the global environmental movement.

In the mid 90′s Jim began painting famous actors and incorporating celebrities and friends into his work referring to the works as “personalized paintings”. Jim painted Juliette Lewis, Wyland and Michael Parnell (CEO of Oakley Sunglasses) during this period. 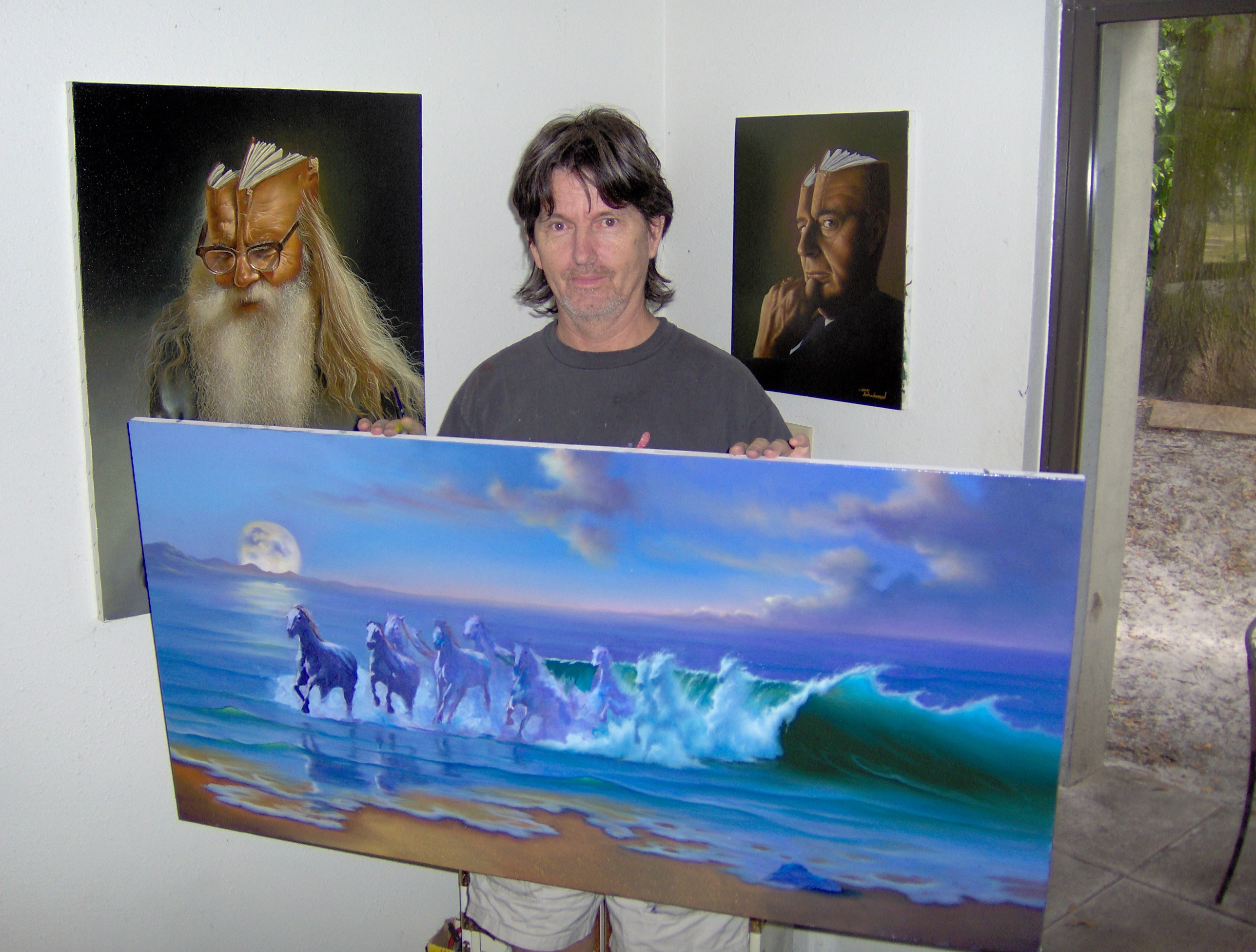 In 2004, Jim’s collaborations with Disney were released as fine art prints. Jim continues to paint Disney characters and his own unique interpretations of Disney characters to this day. In 2009 Jim began painting celebrities for the Fame-Wall project in New York and Hollywood (www.fame-wall.com), painting portraits and unveiling them with the likes of The Beach Boys, John Stamos, Kelsey Grammar, Kristen Chenowith, Brooke Shields and others.

In present day Jim continues to expand on his work and create new worlds on canvas. When not in his studio Jim enjoys time with his wonderful family.

Jim considers his greatest accomplishment to date to be the many letters and communications he has received from around the world from his fans sharing how his work has inspired them and made their days a little brighter.